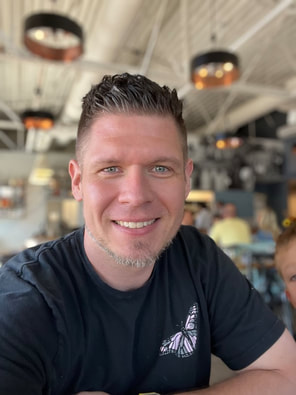 In the beginning, I was born. The rest, as they say, is history. On November 18th, 1982 I came into this world; I don't remember much about that morning, as it was really early, and I'm not a morning person. I came in 3rd place following my older brothers Ryan and Tyler, which are 2 1/2 and 5 years older than me, respectively.

In school, I was not a stranger to discipline. Without exaggeration, I was suspended in the 5th through 9th grade over 100 times (with exaggeration, maybe 150 - 200). I didn't get suspended for fighting, bringing weapons, or other violent acts - I got suspended for talking; well, talking-back; being disrespectful, distracting, disruptive, and other things that start with 'dis'. Once I got into High School, I figured out how to stop getting into trouble; I dropped out. I actually dropped out of school twice; once in 10th grade, and then again in 11th (I gave a whole new meaning to the term 'Unsuccessful Drop-out'). I am not saying that I support dropping out of school, but it worked for me.

I've created a few videos on TikTok... Catch me outside, howbout dat.

For some strange reason... I have two websites ... here's Brandt Official.

For the rest of my 'story', read my testimony.